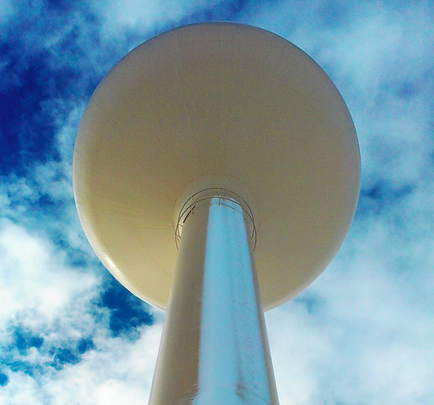 South of Laramie Water and Sewer District (SLWSD) is a consecutive system that buys water from the City of Laramie, Wyoming. Since SLWSD was formed in 1996, managing icy conditions and maintaining water quality in their only tank, a 300,000 gallon pedisphere, has been a concern. The ice damage was increasing to the point, that in a few years, the tank would have to be taken off line, drained, sand blasted and repainted. Laramie installed a PAX Water Mixer in March 2013. Within the first 24 hours, ice within the tank had already shrunk in size and extent. With each fill and drain cycle, new water entered the tank and was circulated by the mixer to melt the volume of ice. After about a week, the tank was ice-free.